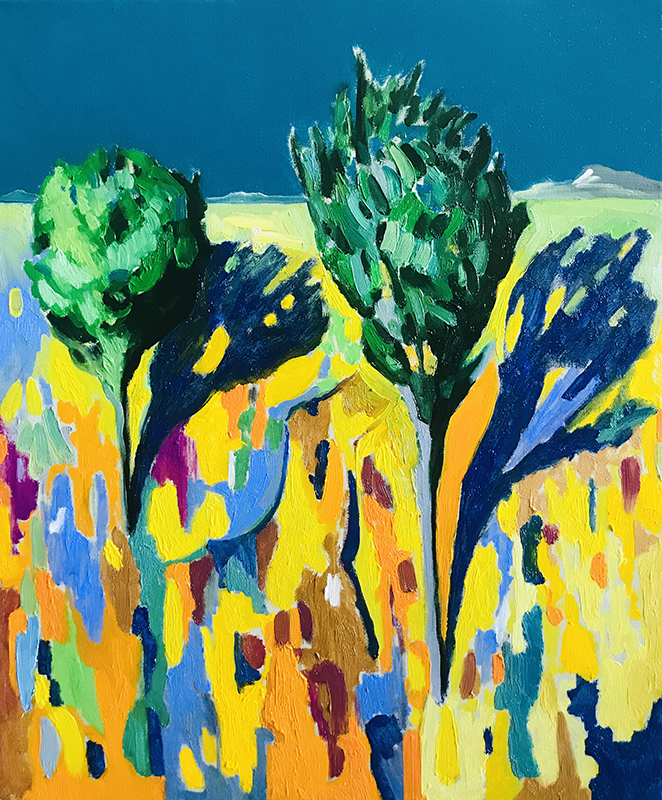 Suren Safaryan belongs to the generation of artists who combine traditions of national and modern art. His expressive style covers multiple genres – portrait, landscape, still life – and shows Safar’s impressive diversity of techniques and artistic media. His brushstrokes are steady and laconic; lines are expressive and intense; palette can be dark or bright, but always rich and deep toned. One of the most important series in Safaryan’s art are his “Shadows”, central for which is the deep philosophical subject matter.